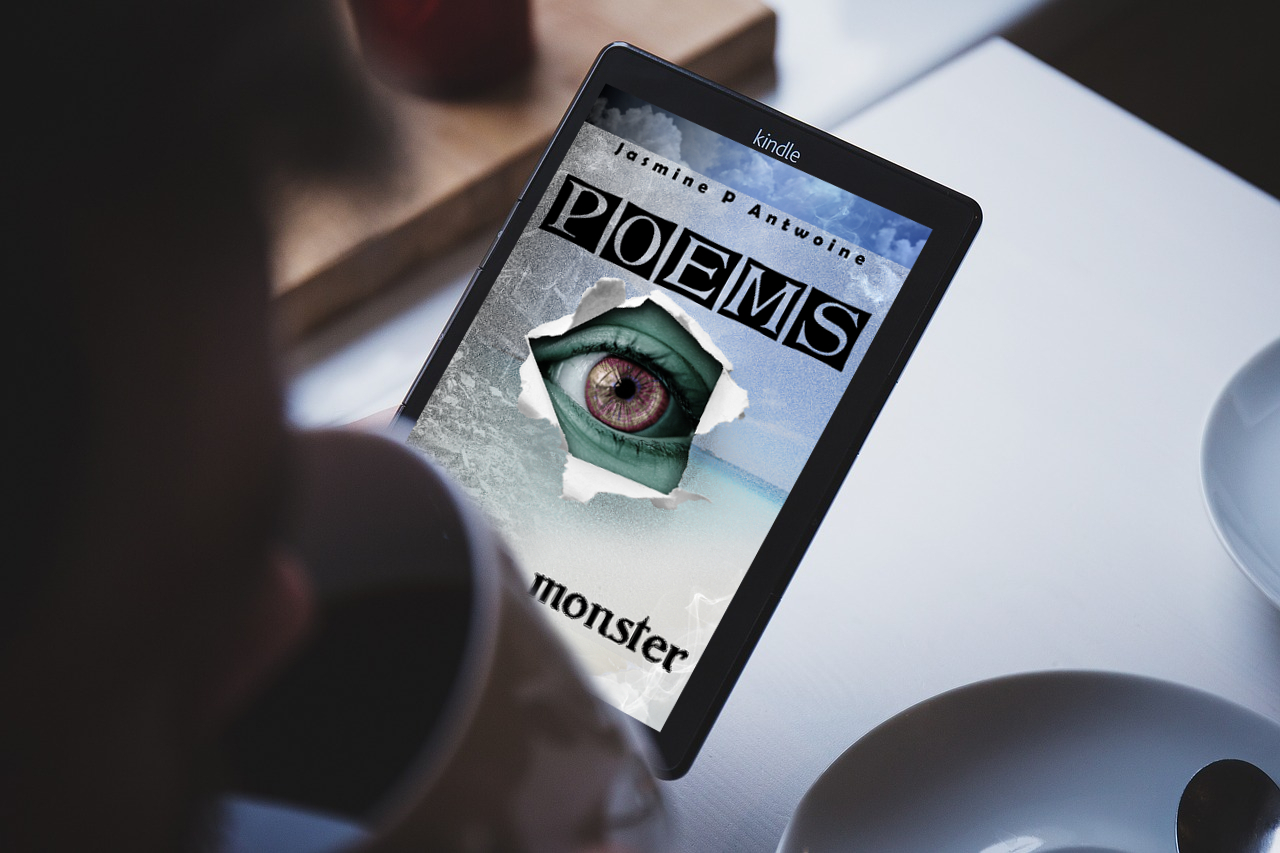 Poems from a monster

My poetry book is now released!

Find it on Amazon in Kindle edition: US – UK – Germany – France – Australia and all the major Amazon stores!

I have gathered together years of scribblings and thousands of thoughts.
This book is a compilation of poems and prose I have written over the course of eighteen years.

Why a monster?
Reading these old pages made me think this person who wrote them…had such a deformed soul it could only be a monster. It is not necessarily a pejorative term – it’s just there to highlight the suffering, the destruction, the monstrosity of perceiving the world through too much pain…
This is the manifest of me, becoming a human being. I had been a monster and I had hoped to become human.

The following pages are not for the faint-hearted.
These are the real struggles of a hurting being. I have cried and I have bled over these pages…even now, as I rewrite them.
There are no curtains and no closed doors.
Don’t expect to find pink roses and gentle wind breezes.

This is real life! Real life hurts…
Readers are advised.

===== Same sorrows growing into the heart of the adult as those sad little tears of the child, going back in the midsts of time.
Your soul will never be cured! =====

# Monster
“A monster is any creature, usually found in legends or horror fiction, that is often hideous and may produce fear or physical harm by its appearance and/or its actions. The word “monster” derives from Latin monstrum, an aberrant occurrence, usually biological, that was taken as a sign that something was wrong within the natural order. The word usually connotes something wrong or evil; a monster is generally morally objectionable, physically or psychologically hideous, and/or a freak of nature. It can also be applied figuratively to a person with similar characteristics like a greedy person or a person who does horrible things. However, the root of ‘monstrum’ is ‘monere’—which does not only mean to warn, but also to instruct, and forms the basis of the modern English demonstrate. Thus, the monster is also a sign or instruction. This benign interpretation was proposed by Saint Augustine, who did not see the monster as inherently evil, but as part of the natural design of the world, a kind-of deliberate category error.”

Freelance writer of fantasy, sci-fi, mystery, children’s books and published author. I enjoy writing, reading, designing covers and whatnot, DIY projects, long walks in nature, mountains and everything that is nice and interesting about this life. Design engineer as a day-job.

where all the magic comes together

Where words are magic

For Readers, For Writers

The Voice of Peace Canada

Be the peace you are looking for

Because the life is simply too short.

A blog about issues, life in general, and being a mom, and sharing my poetry.

"There's always something good in everyday."

BY GRACE THROUGH FAITH

the fading line between writing, reading, and editing

Fiction, Poetry, and Life Lessons Learned for Bloggers and Writers

The Ink-Stained Imagination Of Darren Scanlon

Changing the world, one word at a time.

I want to be rich. Rich in love, rich in health, rich in laughter, rich in adventure and rich in knowledge. You?

Ramblings and thoughts of an author